With the changing rules around the world, Louis Vuitton has also introduced its new normal. Now all leather items manufactured after March, 1, 2021 don’t have a physical date code but an embedded microchip. Customers have already seen and purchased bags in which a Louis Vuitton date code is nowhere to be found and shared their opinion. So let’s find out what are Louis Vuitton microchips?

Now this feature is replaced by a small radio frequency identification (RFID) chips. By the way, Louis Vuitton is not the first one on the market to introduce microchips. Some luxury brands, such as Salvatore Ferragamo and Moncler, have been using the same technology as proof of authenticity in their products.

Now Louis Vuitton generates a unique identifier for every single item, and puts them on a blockchain – like Bitcoin. They cannot be copied or modified without ruining the entire chain, which is held privately by LVMH. So no one from the outside can add new items to the database. Each identifier contains the exact date (not just the week, as it is the case with the date code) and a lot of other data about materials, manufacturing, etc. that is all tied to the RFID chip that is sewn into the items.

How To Locate a Louis Vuitton Microchip?

Many customers who have purchased new items from the store are now trying to locate a chip inside their SLG or bag. Is it even possible?

RFID tags seems to be tiny. They are already millimeter-by-millimeter in size while having a thickness of the thinnest films, so there is hardly a chance that you can feel a microchip under the leather or fabric. It can probably be located in one of the sides of a bag, or somewhere in the pocket.

What App Can Read a Louis Vuitton Microchip?

Louis Vuitton can scan the chips in stores with their iPads, and check the data on their blockchain.

Customers share that they were able to locate and read a Louis Vuitton microchip by scanning for a new item with an NFC app on their phone, but they say that the output from the scan was gibberish.

However, there are some apps on the market that can scan a Louis Vuitton item and bring up some info about the piece, but it is not the same as the one that shows up when items are scanned using the employee phones. Two of these apps are NFC tools and NFC TagInfo.

By the way, if you scan an item, and it instantly pulls up the Louis Vuitton website, be sure that it is a fake.

Some say that you can not go into the store and ask employees to scan bags to prove authenticity. They will only do so if you are returning the item.

That’s the state of things for today. If Louis Vuitton is generous enough, they can open their app up for clients, so they can also access some data with their phones. But, of course, not all the info. Let’s see if this is going to happen.

How Will New Louis Vuitton Microchips Affect the Resale Market?

The main concern now is how this new anti-fake measure is going to affect the luxury resale market which has grown in recent years (read more on this: The Rise of Pre-Owned Luxury: Why Has It Become So Popular? )

As you can remember, date codes have been an important authenticity feature. This is the first thing any buyer check when purchasing a pre-loved bag. If you want to know other features that can give away a counterfeit, check out Fake Louis Vuitton Neverfull vs Real: Important Details You Should Definitely Pay Attention To (With Photo Examples.

Luxury lovers just hope it won’t further compromise the integrity of the resell business. For a lot of people, buying pre-loved is the only way they can comfortably afford a luxury accessory. Some may argue that Louis Vuitton is not targeting those who can’t afford to buy their new bag in a boutique. But, in fact, this is crucial not just for smaller income customers but for their high-end buyers too, since many items are so rare that the only way to get them is the second route.

Louis Vuitton Microchips: Is It a Good or a Bad Idea?

Why were Louis Vuitton microchips introduced? The main reason is, of course, protection against fakes that are getting so good that you can even buy a fake bag from a reputable consignment store. As they state on their website, Louis Vuitton has a zero-tolerance policy to counterfeiting following its respect for creativity and protection of intellectual property. But will this new measure really help to reduce the number of knock-offs out there?

We all know that counterfeiters were already producing microchipped bags. All they have to do now is to find out what the microchip will do when scanned. LV fans point out that if people can make scannable fake IDs, they are likely to figure out a way to make scannable microchips. The counterfeit sellers will just tell you the item is authentic, and that the microchip is there since you can’t read the chip anyway. So some are concerned that it is going to be even worse than now.

On the other hand, there are those who consider the absence of a physical date code a positive change as, when buying pre-loved, date codes can be extremely difficult to find/read/photograph, or they can almost disappear on a microfiber lining over time.

Besides, this change can generate higher prices and place some customers out of the market. And we can definitely say that it is already the case as Louis Vuitton Increased Prices Worldwide in January 2021  and continues to make sneaky rises gradually.

There is another side to it as well: with all the conspiracy theories going around with the COVID-19 in the world, people are afraid of any new technology introduced in their daily life. People are concerned that new Louis Vuitton microchips can track where the bag goes and, therefore, know the owner’s every move. Some are even afraid to buy and carry with them an unknown piece of technology they know nothing about. But they can rest assured, it has been already confirmed that there is no GPS tracking involved, the chip contains just some basic information about the product.

But still even if we all agree that this new anti-fake technology is a good idea, most of the customers are still not used to it. They freak out when they buy an item and can’t find a date code in it later. Some even consider returning it back to the store or replace it for the one that has a date code. There are customers who think it feels weird that there is no date code or even hate that LV took them away.

Buyers enjoyed looking at date codes and deciphering them. There are even some who search on the second-hand market exactly for bags manufactured in a certain year that holds a sentimental value to them. With microchips, it will no longer be possible. So, though we are all in favor of countering the illegal replica market, Louis Vuitton fans will miss this feature.

Now that you know what are Louis Vuitton microchips, how do you feel about this new feature? Do you like it? Do you think it is efficient? Share in comments! 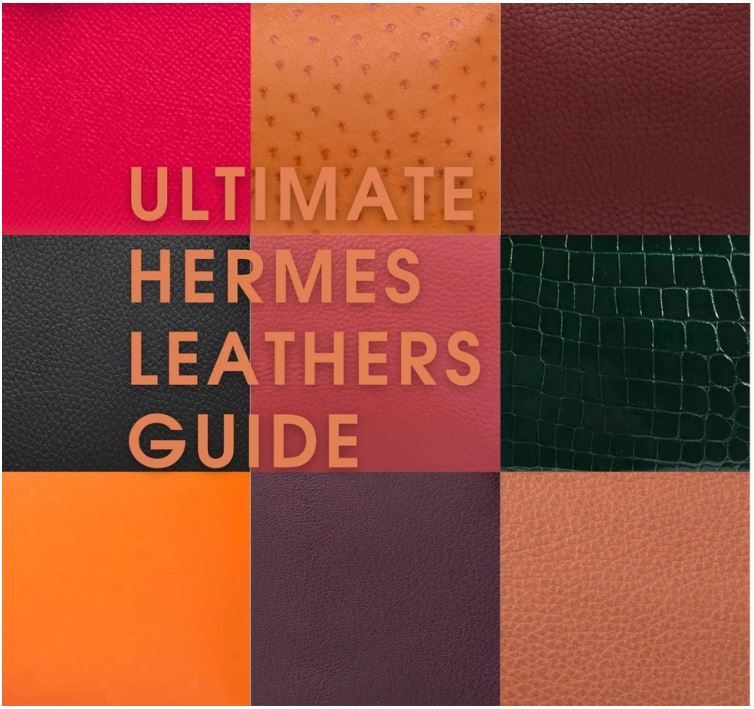 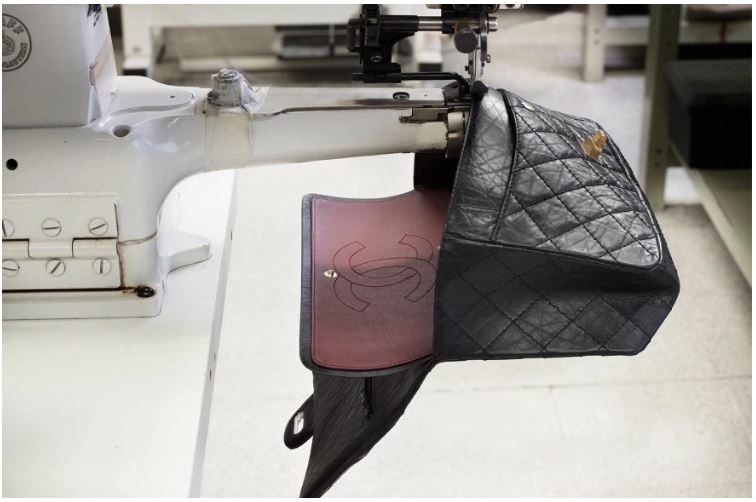 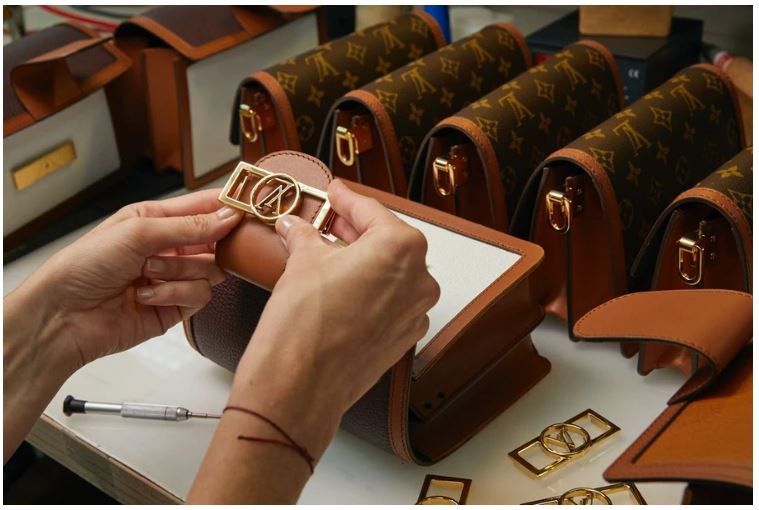 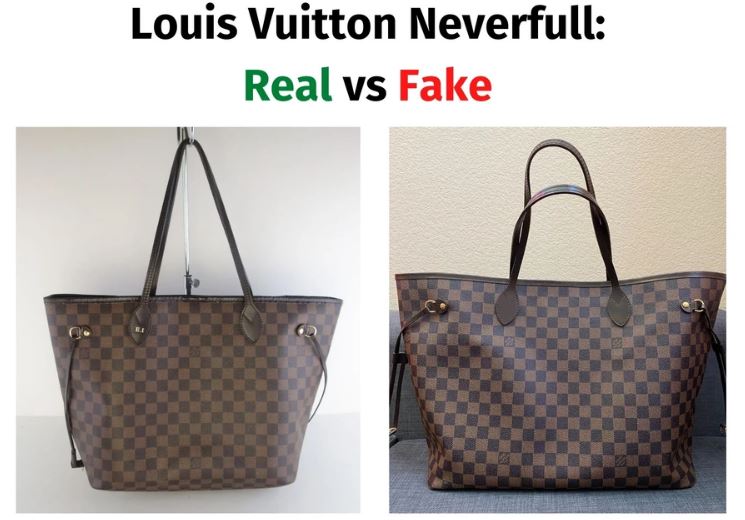 Online 0
There are no users currently online

You have already reported this
Clear Clear All